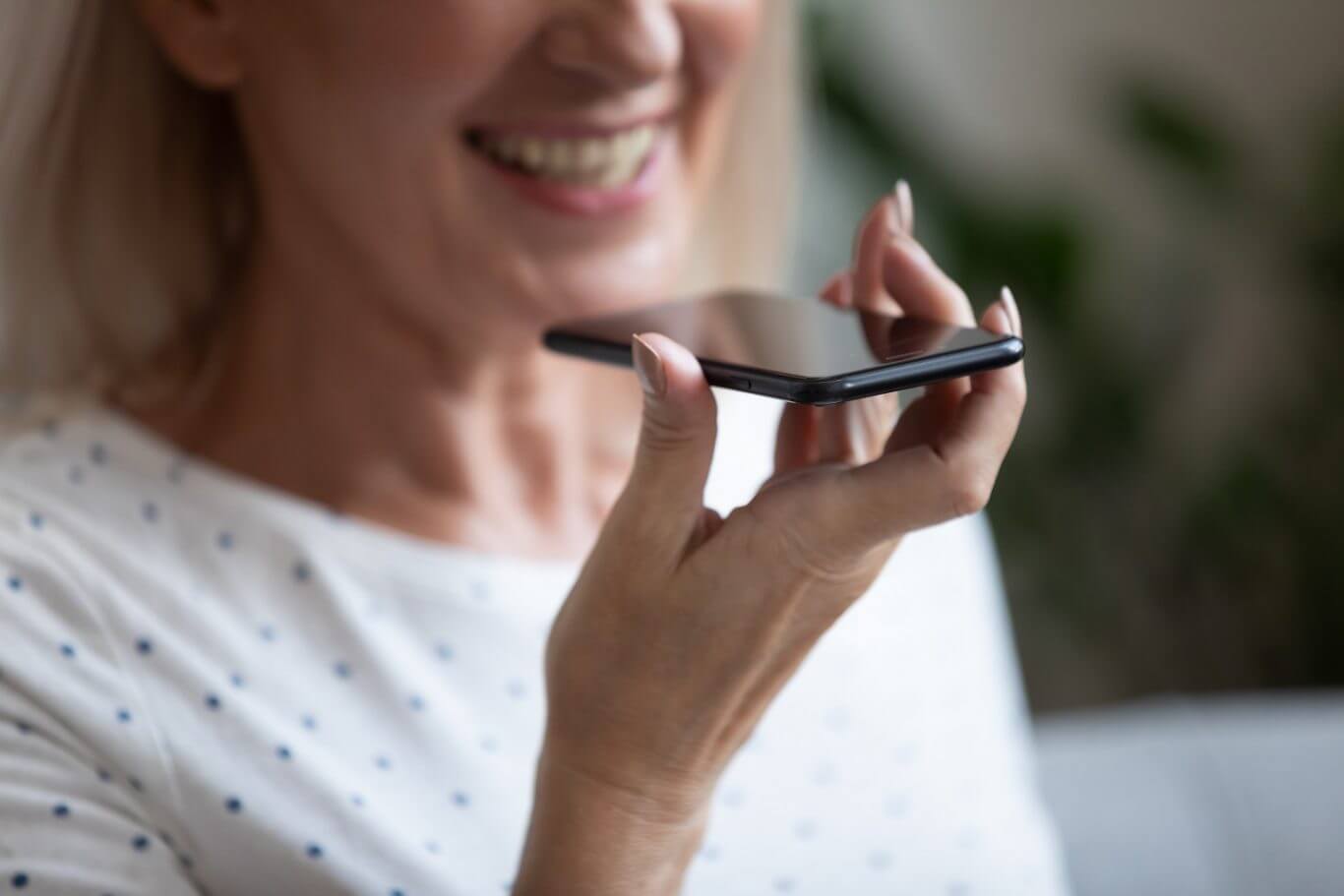 Technology is advancing at a shockingly rapid pace. Screens are now a staple of our daily lives–we have them all over our homes, in the office, and in our pockets. We use them to communicate, do business, shop, entertain ourselves, and more.

Between booming technology, the ever-increasing pace of life in general, and rising rates of ADHD diagnoses, many people may wonder–are our attention spans diminishing? In other words, could technology be negatively affecting our brain health?

To some extent, we aren’t sure yet how technology affects us, cognitively or socially.

Experts have warned against the maladies of screens ever since the television became a staple of the American living room almost 70 years ago. Passive television watching, however, may not compare to the technological onslaught of modern culture.

In a world where everyone has a supercomputer in their pocket that provides access to the entirety of accumulated human knowledge via the internet, what’s happening to our brains?

Here is what we know so far about technology and brain health, and some strategies on how to adapt to this new normal.

Are we all developing ADHD?

If it seems like everybody you know has ADHD (AKA attention deficit hyperactivity disorder) lately, you might not be imagining it. From 2007 to 2016, rates of adult ADHD diagnoses doubled. Although most studies on screen time involve children, the correlation between screens and poor attention in adults is nonetheless present.

It should be noted that these studies are not necessarily saying that people who use screens often will “develop” ADHD. Real ADHD is a neurological condition that a person is born with and that often persists through childhood into adulthood. It represents a different “wiring pattern” in the brain.

However, as the studies demonstrate, screen time and media use do seem to be highly correlated with symptoms of ADHD. In other words, while the underlying mechanism might be different from true ADHD, too much screen time leads to something that looks a lot like ADHD.

The main symptoms of ADHD are:

(If you have several of these symptoms, it’s worth discussing them with your doctor.)

Part of the rise in diagnoses could be due to increased awareness and education. Some adults may realize they have always struggled with these symptoms. For an ADHD diagnosis, symptoms must have been present in childhood, even if they were initially missed.

As an adult, if you “suddenly” develop ADHD-like symptoms that weren’t there before, there may be many reasons for the cognitive or attentional issues.

What else causes cognitive decline?

If you think your attention is suffering, ditching screens may or may not be the ideal solution. When it comes to impaired cognitive function, there are other causes that also should be considered.

Normal aging will cause some minor changes in cognition, including slowed processing speed, taking longer to learn new information, and an increase in distractibility, for example.

Other factors that can contribute to MCI, including:

Stress can also contribute to deficits in cognitive abilities such as short-term memory loss and brain fog. Self-care, including looking after your physical, mental, emotional, intellectual, and social health, is critical for brain health.

Is tech making our brains lazy? 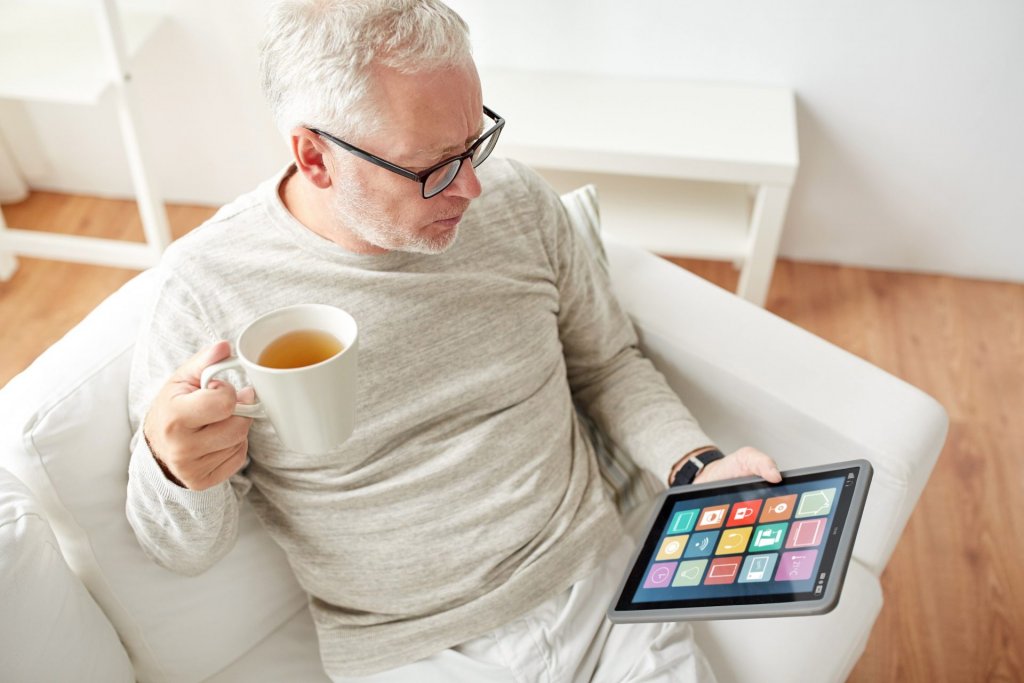 Some might argue that the tools of technology have become crutches. For example, most of us no longer bother to remember phone numbers. A smartphone can remember vastly more information than our brain could ever hope to remember.

Now that everyone has a supercomputer in their pockets, does that mean our brain no longer has to work as hard?

There are many challenges to studying the effects of technology and brain health, whether on the biology of the brain or the impact on society, that make that question difficult to answer. Experts are divided, with some seeing technology as a boon to society and others who take a more cynical view.

The one thing both sides agree on is technology’s ability to exploit the inherent human tendency towards laziness and the “quick fix.” As one expert said,

“I’m most concerned about the unthinking acceptance of convenient short-term solutions.”

The human brain, in an attempt to be energy-efficient, often chooses the thing that benefits us immediately, foregoing potentially greater future benefits.

The problem of persuasive technology

Social media platforms, such as Facebook, Instagram, and Twitter, drive the progress of technology, particularly artificial intelligence (AI) in a way that’s targeting our subconscious minds. After analyzing billions of data points collected each time you swipe, click, or tap online, social media platforms and other websites know you better than you know yourself.

Tristan Harris, co-founder and president of the , calls this “persuasive technology,” or “technology that shapes attitudes and behavior.” By exploiting natural human psychological vulnerabilities, the website explains, “it begins to train us: our thoughts, feelings, motivations and attention start to replicate what the technology is designed to produce.” This all happens beneath our level of conscious awareness, and yet it’s guiding our behavior; this presents, they argue, a very real threat to personal autonomy.

As these platforms learn your habits, they know exactly what to show you next to keep you scrolling. Thought you were going to breeze through social media in 15 minutes and 2 hours later you’re still there? That’s because your 50,000-year-old brain is trying to compete with the most complex supercomputers ever made.

How do you know if you need a break from screens?

Awareness is key for any form of self-improvement. If you look at your screen habits and find that you’re missing out on too much of your life and relationships in favor of screen time, here are a three ways to reduce or counter the effects:

Technology has many merits, but one way in which it causes collateral damage is that we tend to stay indoors to use it.

The average person spends up to 93% of their time indoors or in an enclosed vehicle. For a species that has spent most of its history as homeless nomads who knew only nature, transitioning to an indoor concrete jungle is not without consequences for our health. Getting out into nature can have a profound effect on our physical, mental, and emotional health.

Richard Louv, a journalist and author who coined the term “Nature Deficit Disorder”, summarized the research on the effects of nature:

“Nature is not only nice to have, but it’s a have-to-have for physical health and cognitive functioning.”

According to a 2019 study, two hours or more per week of nature exposure is enough to significantly improve reported wellbeing.

While we may not understand the mechanisms involved with the brain and media use, we do know one thing: the brain performs its best when exposed to variety and balance. While some amount of educational media or video games can improve cognition, too much of anything can be a bad thing. The brain needs many different kinds of stimulation, or lack thereof, in order to run at its best.

There are lots of tricks and methods for cutting back on screen time, from charging your phone outside of the bedroom to full-on silent meditation retreats. Turning off push notifications for apps that profit from your attention (like social media) is another way to cut down on the number of dopamine hits you get from your phone.

3. Focus on quality, not quantity.

Of course, technology has provided us with lots of conveniences that we have become accustomed to and may not want to sacrifice completely. If we can’t (or don’t want to) give up technology, are we doomed to fry our brains?

A lot of it might have to do with how we interact with the media, not just how much we interact. Although most studies have focused on the quantity of screen time in hours spent watching it, not all screen time is created equally.

One question to ask when it comes to technology and brain health is:

How does the value of whatever you’re doing using technology compare to other things you could be doing?

Or put another way, what’s the tradeoff? If you have free time and feel like doing a deep dive into the biology of narwhals, for example, and that’s the best way you could imagine spending your time, no problem.

But if you’re still on Wikipedia at 3:30 am and you’re losing sleep, or you’re ignoring friends and family in favor of social media, it might be worth re-examining the relationship.

The bottom line on technology and brain health

Technology is a fascinating and ever-changing tool of human creation. Like any tool, it can be used to confer great benefits, but used improperly has the potential to cause harm. As the pace of life quickens, it’s more important than ever to slow down, stay aware, and focus on balance.