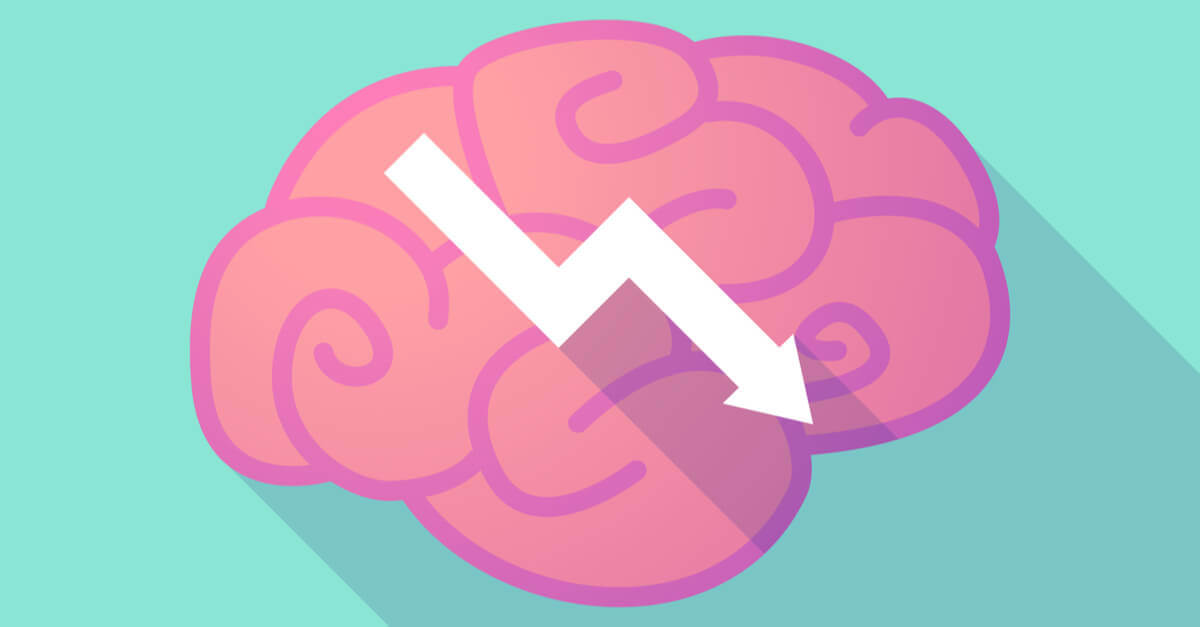 Is Negative Thinking Bad for Your Brain?

Can negative thoughts have a negative impact on your health?

Of course, not all negative thinking leads to depression. There’s nothing inherently detrimental about negative thoughts–everyone needs to have some negative thoughts in the everyday course of life. We’re biologically equipped to handle a certain amount of negativity.

But as with most systems, it works under tight parameters. Taxing the system can throw it off balance. And when we get stuck in depressed rumination or anxious worry loops, we put ourselves at risk for physical health effects.

Repetitive negative thinking, it turns out, can lead to depression… but it also increases one’s risk for dementia, all on its own.

It was already known that there was a relationship between depression or anxiety and dementia, but the direction of the relationship wasn’t clear; dementia could cause depression, or a third factor could affect them both.

In a recent study looking at the effects of negative thinking on cognition, nearly 300 people aged 55 and over were tested and monitored over a two-year period. Researchers measured cognitive skills such as attention, spatial cognition, language, and memory, as well as physical markers for cognitive decline. These markers included tau and amyloid proteins; higher levels of these proteins have been observed in patients with Alzheimer’s Disease (AD).

These cognitive factors were measured against the tendency to engage in repetitive negative thinking (RNT). The researchers found that RNT was causally associated with:

This study squares well with research that emerged in 2015 on the theory of Cognitive Debt. Depression, anxiety, PTSD, and more may contribute to cognitive decline and memory issues over a long, cumulative process.

The researchers proposed the theory of cognitive debt to explain how negative thinking can lead to cognitive decline. They recognized that several related, but distinct, conditions (depression, anxiety, life stress, neuroticism, sleep disturbances, and PTSD) all shared increased risk factors for dementia.

But what precisely do they all have in common? The answer is Repetitive Negative Thinking (RNT).

The authors defined the term RNT to include both rumination (negative thoughts regarding past events) as well as worrying (typically future-related thoughts). They emphasized that the repetitive and negative nature of the thoughts, NOT their temporal nature, was key to the association.

The stress system gets chronically engaged due to RNT and accrues cognitive debt by affecting where your attention is focused.

Looking on the bright side is easier said than done 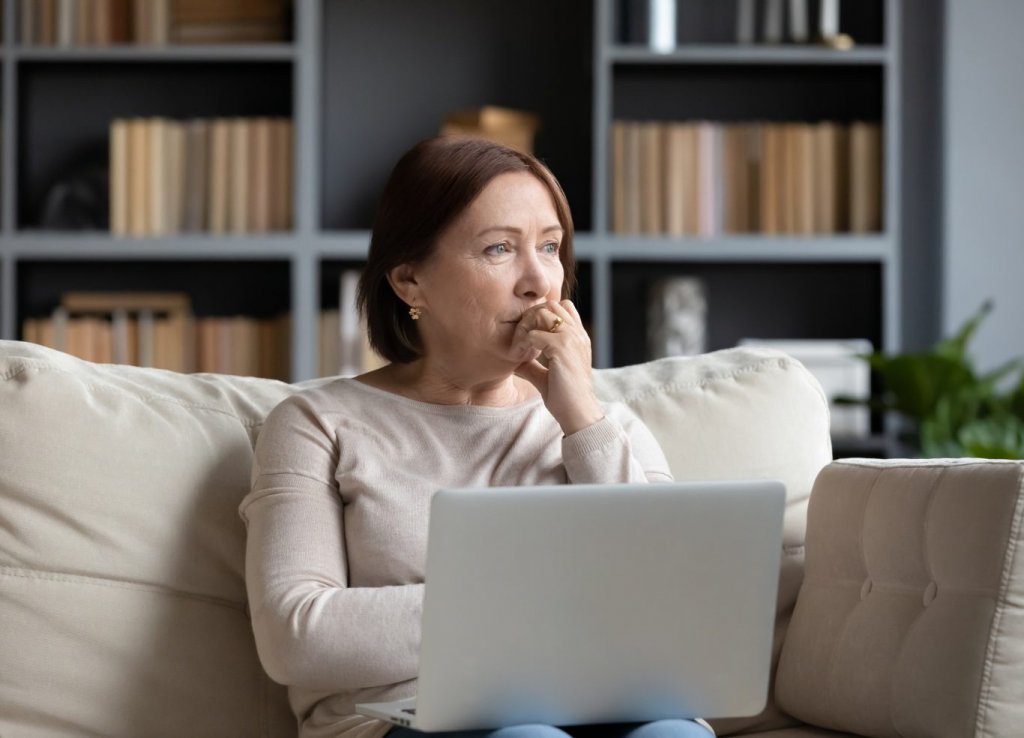 Maybe you’ve been told before to just “look on the bright side” or “find the silver lining,” but somehow you end up focusing on the negative anyway. If that’s you, don’t feel discouraged–it’s hardwired into your biology. Humans come pre-equipped with a natural negativity bias.

Research has repeatedly shown that we’re more responsive to negative stimuli in the environment than positive stimuli. When making decisions, we tend to weigh the cons more heavily than the pros. In a study looking at how we arrive at our impressions of others, hypothetical individuals were described to participants using both positive and negative traits, but the participants relied more on the negative traits even if positive traits were similarly intense.

That’s because our brains, which are constantly scanning the environment for potential threats, essentially throw away much of the positive data before it even reaches “you.”

Why would it do this? A few reasons.

One of the main jobs of the brain is to act as a filter for stimuli coming from the physical world. In fact, your brain is constantly bombarded with the raw data that is sights, sounds, and other incoming information; only a fraction of it ever reaches your conscious awareness, lest you be completely overwhelmed. The brain is forced to pick and choose what to let through and what to toss away.

Consider your far distant ancestor in the wilds of Africa, foraging for edible berries, when she happens upon a ferocious wild animal looking for lunch. Recognizing a threat to survival, her brain directs her to hightail it back home. Do you think she had an opportunity to notice the beautiful sunset in the distance as she ran for her life? Or applaud herself for getting some exercise?

In other words, it’s trying to keep you alive.

It’s human nature to filter out some of the positives. The good news is that while your subconscious brain may have designs on the negative, that’s just the default setting on your autopilot system.

In other words, you have the option to chart your own course.

Most of us are on autopilot… a lot

Researchers estimate that up to 95% of human activity is driven by the unconscious brain.

If you’ve ever driven somewhere only to realize you have no memory of getting there, that’s because you weren’t really consciously doing it in the first place.

Our brains are efficient, and consciousness is expensive, metabolically speaking. So if your brain detects a pattern (such as driving the same route to work every day), it’ll simply automate that for you, taking it off of your cognitive plate.

In other words, it forms a habit.

That means that 95% of the time, your brain is relying on your habits; past information, thoughts, and behaviors that you frequently engage in. Most of the time, you’re not actively deciding the course of your life–you’re on autopilot.

How to control your negative thinking

We do have the power to choose to take the wheel when it comes to negative thinking. By doing so, we can construct a more positive reality for ourselves.

We may not be able to fight biology and always be in the moment. But, you can reprogram your autopilot so that it takes you where you want to go. With some tweaking, your autopilot can work for you, not against you.

It starts with choosing what to “feed” your brain. Whatever you expose yourself (and your brain) to the most will certainly shape your unconscious, and thereby your thoughts and behaviors.

Take the idea of doomscrolling, which became so popular over the last year that Merriam-Webster added it to the list of “words we’re watching.”

Doomscrolling involves “the tendency to continue to surf or scroll through bad news, even though that news is saddening, disheartening, or depressing.”

What happens to a brain that’s exposed to hours of negative thoughts? Like a carrot in a stew absorbs the flavors of all the other ingredients, your brain soaks up all the elements of the environment around you–sights, sounds, thoughts, emotions, and all. It’s no surprise that doomscrolling can lead to patterns of negative thinking.

In an effort to counter the negative events of 2020 and the general idea of doomscrolling, Joyscroll.com was born. Iceland’s tourism board launched the website, which features breathtaking waterfalls and geysers, adorable puffins, and many more sights and sounds of Iceland’s most awe-inspiring features.

They’ve even determined the optimal daily “dose” of joyscrolling, measured in distance scrolled. A study concluded that the population scrolls through, on average, over 5 miles on their phones each year, which works out to a little under 75 feet per day. The website even shows how “far” you’ve gone as you scroll through the delights of Iceland!

You can be more intentional

You can’t choose all of your thoughts, but you can choose what you’re exposed to. The more intentional you are with your environment, the more you can reprogram your brain. Here are a few ways to get started. 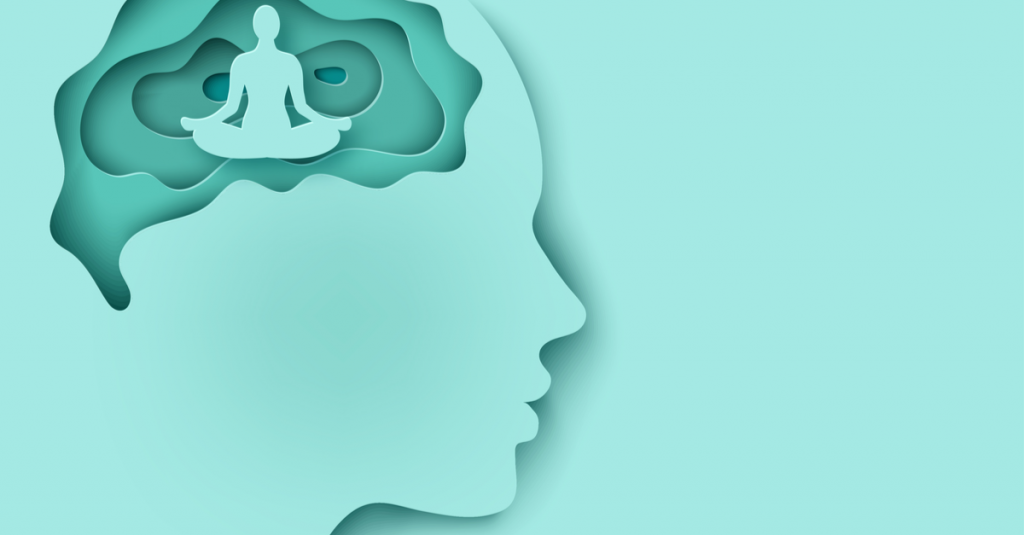 You might do the following once you’ve identified a troubling thought: